“Aging is an issue of mind over matter: if you don’t mind, it doesn’t matter.”

I started having grey hair in my teens, so they really didn’t mean being old to me in the beginning! But they surely did later, as I struggled so much to take my decision to go grey, nonetheless grey hair and redefining aging have a lot in common. Speaking about grey hair I was more concerned about not being considered attractive anymore, rather than fearing of looking older in itself. Hence, I haven’t often spoken or wrote about aging, because, to be honest, I don’t really feel that I am aging, meaning that I have rarely felt the burden of what society consider aging to be.

To explain myself better, I’m living my life as I have always done: aging is a process that begins when we are born, so I do not feel that anything particularly different than before is happening to me. Aging is a process that is the same for all mankind, so I find it even less remarkable, and I am not bothered at all.

Everyone is always aging!

I’m 45 now, 46 in a few months to be precise, and even if I do feel differences in how my body behaves, I’m not particularly inclined to refer to them as things getting worse than before. They are different, not necessarily worse, and anyway they are naturally occurring for everyone. I acknowledge that I need to learn to deal with the physical changes in a new way, and I need to adapt to these differences, but still in the balance of things, I find it fair, considering the other side of the coin. I know so many things more than when I was younger, I have such a wide experience, and I would not trade it with being younger. I’d lose much more than I’d gain, to be honest.

I believe is all a matter of having the right perspective: what if instead of thinking about getting older as it implies becoming somehow “less” valuable than being young, we began to consider that it has simply a “different” value? Because it has!

In the midst of a cultural shift: the “new aging” era

What if we simply acknowledged that we are the lucky ones, the privileged ones?

Firstly, because we get the chance to get older, and I urge to do not take this for granted, as until just a century ago, mortality rate was sensibly higher, and it’s only thanks to the discoveries of modern medicine that our lifespan has increased so much.

Secondly, we can expect to have still a long life ahead of us, and we can on average expect to live it quite healthily, and with the possibility to be active and enjoy a second life.

We are privileged because we happen to ride the change our society is in.

We are the first to really experience with awareness the 2 changes expressed above, and we find ourselves in the position to approach aging in a completely different way, with a different mindset compared to the ones our parents had.

So not only we arrive healthier and more energetic to our “older” days, and not only we have long years ahead of us, finally free from parental care, but we arrive there knowing exactly what we want, and the possibility to make an informed choice on how to lead the rest of our life, something that was not necessarily there in our 20ies, when we first choose the direction our life would take.

We are redefining aging as I write, with all the marvellous women out there. Women refusing to accept the roles that a dated and musty concept of aging would have us take on. Taking the lead on their own life, and simply turning upside down those old concepts, and dismantling them by creating new roles for theirselves, in a way that our mothers, on average, would have never dreamt possible.

The culprit behind the struggle

We can surely ascribe a great part of the difficulties we encounter to the ones that every progressive change has encountered. Breaking the rules and writing new ones is not easy, because changing the way of thinking, the habits of a culture, is no small thing.

Unfortunately, there is something more at play here, that makes it even harder to change the rules. Something that, as women, we face on a regular basis, and that is a culture that feeds on our insecurities, thrives in our self-doubt and in the fear of getting older.

And do you know why? Because that fear makes us the perfect buyers. Thanks to a twisted variation of the quest for the source of eternal youth, the fear of getting old serves only commercial purposes, rather than reflecting a real issue, but sometimes we are too lost to realise that.

On the other hand, as the silver sisters’ movement clearly shows, there are always more women unwilling to accept those restrictions. From women in their late twenties, to women in their sixties, strong in their desire to break the rules of what should or shouldn’t be done, and even stronger in their purpose of redefining aging and make it whatever we want it to be, rather than a stigma to be hidden at all costs.

New Aging it is!

I am proud and excited about this, and even if some neanderthal reactions are still being imposed on us, in the delusion that they might still be capable to “put us back in our place”, we are refusing to let this happen, pushing back all the stereotypes, and the haters that would like the status quo to go on forever. “You should dye your hair because you look ugly and old”, “you should be ashamed to dress that way at your age”, and so on in a perverse chase to their own fears.

Sometimes those haters are women that are simply too caught up in that old conception and too afraid to let us be, as our being challenges their mindset from too close for them to ignore it. In my view, these are just the last efforts of a dying culture, and we are already riding the “new aging” that we are creating.

So just keep at dreaming your dreams, challenging the old stereotypes, break the rules, and live your life as you please no matter your age. We are in these together, and we have already won.

If you want to read more about my grey hair transition, just click here.

What do you think about this redefining aging process? Let me know in the comments! 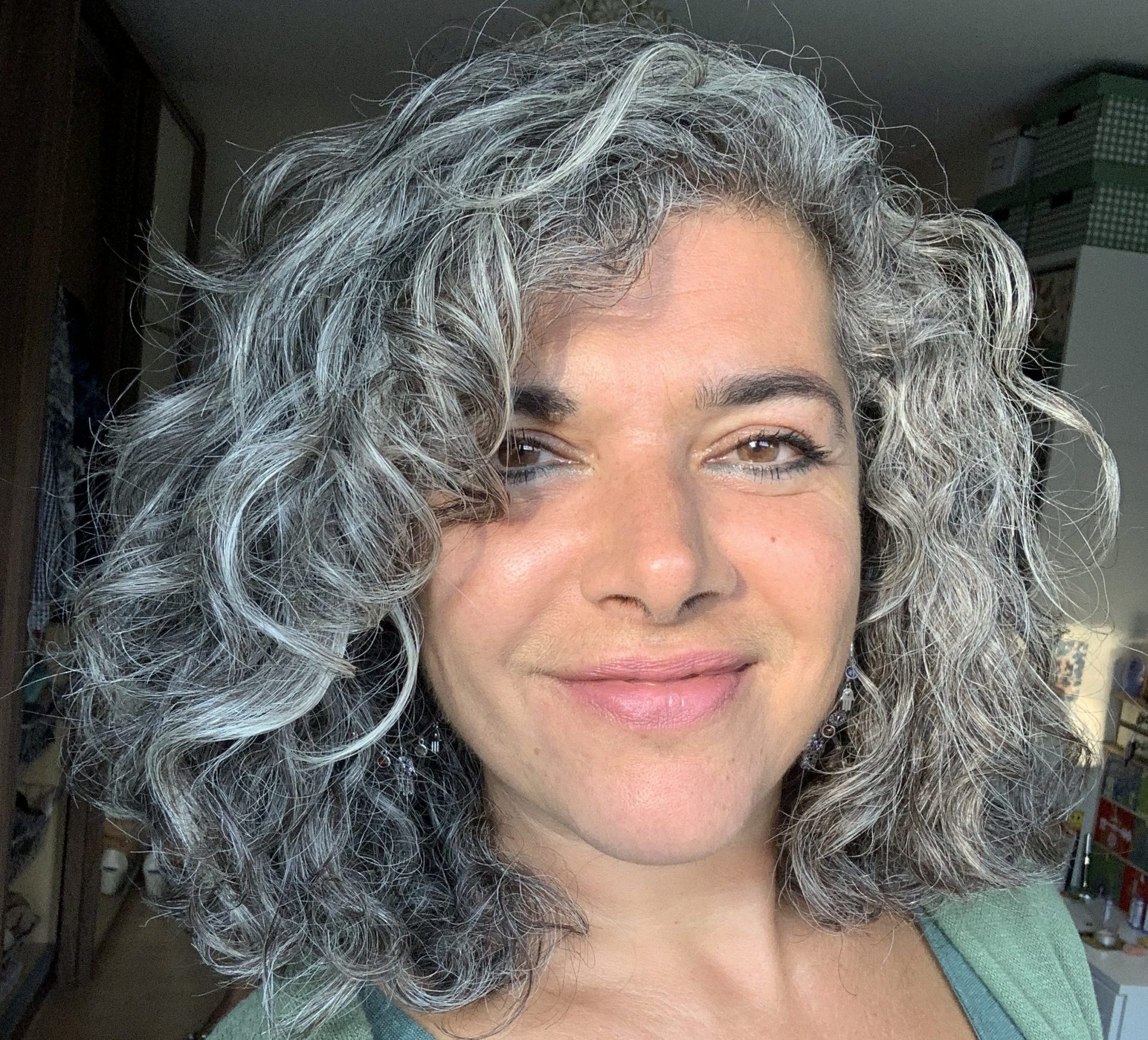 Find me on social media!